A family claim to have seen Jesus on the inside of the lid to their Marmite jar; full story here:

While this seems to me to be just another case of the human brain looking for patterns where none exist it did make me stop and think. If God is omnipresent he is as present in a Marmite jar as in church or in our hearts. He may not be the magic genie who is going to grant us 3 wishes but more importantly he is with us at all times.

So next time you open a jar just remember how close to God you are - even if you can't see His picture in the lid.
Posted by Still Breathing at 10:26 2 comments:

I turned my mobile on this morning and just as I put it in my pocket a text arrived from my son (the rest of the family got it late last night) saying:

The main thing the Atonement does to benefit us is to give us access to a divine love on whose power we must rely in order to become better persons (Philip L. Quinn, Abelard on Atonement)

However I spent the tram journey to work thinking about it and came up wit the following points:

We can't make ourselves into the person God wants us to be - we must let Him do it.
Atonement gives us access to the very nature of the Trinitarian God - Love.
For a fuller quotation and an original view on 19th centaury thinkers see my son's blog at:
http://crazyluke.livejournal.com/
Posted by Still Breathing at 09:21 No comments: 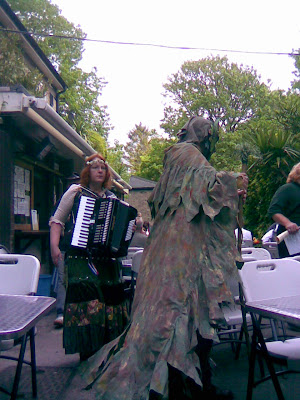 On the 1st May I went up to Cambridge to pick up my new (second hand) car - see post on Low Saturday (http://brainatthedoor.blogspot.com/2009/04/low-saturday.html) if you don't know why I needed one. My son, who is (hopefully) studying in Cambridge met me and we were having lunch in the Maypole pub when a group of folksingers turned up - including the character in fancy dress in the photo.

This reminded me of a holiday my wife and I enjoyed a few years ago visiting cathedrals in east England. In several of them there were carvings or pictures of the Green Man - a character from pagan folk tradition and nothing, I thought, to do with Christianity. However as the Green Man represents re-birth it could be used as a starting point to talk about the death and resurrection of Jesus.

The UK is now a post-Christian society and while a majority of the population say they believe in God they do not have the knowledge of the Bible and the meaning of the Christian festivals of Christmas, Easter and Pentecost which could have been taken for granted 50 years, or less, ago.

The challenge to the Church is how to communicate with people who have no understanding of our faith so perhaps we need to learn from our Christian forebears and start with examples from their culture that can communicate the Gospel.
Posted by Still Breathing at 22:23 1 comment:

Coming to work by tram today I noticed that the man next to me was reading the Bible. Oh good I thought - then I noticed it was the King James Version (Authorised in other words.)

Why do people still use a translation that is a) not as accurate as more modern transaltations and b) isn't they way we speak / write now? It's not that I don't like the language of the KJV, in fact read well it is a thing of beauty, but it becomes a barrier between those inside the church and the majority of the population outside. The New Testament wasn't written in classical Greek but in the vernacular so that it was readily understood.

P.S. Please excuse the spelling mistakes but I'm blogging this quickly at work and the Spell Checcker doesn't work.
Posted by Still Breathing at 08:22 4 comments: 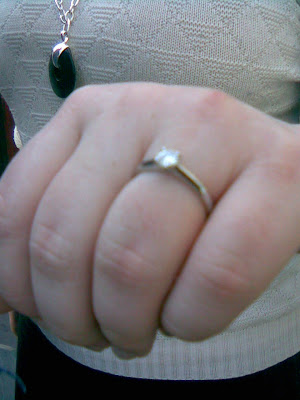 My daughter is now engaged to her long time boyfriend. For more photos go to her blog at http://serenasnape.livejournal.com/
Posted by Still Breathing at 08:36 No comments:

I know I have been a bit blog light of late but life has been rather hectic. I have a couple of posts in mind but need a bit of time to get my dyslexic brain round the words so I thought a quick post was in order. I was looking a tin of soup in my local convenience store recently when I spotted this offer that was too good to be missed: 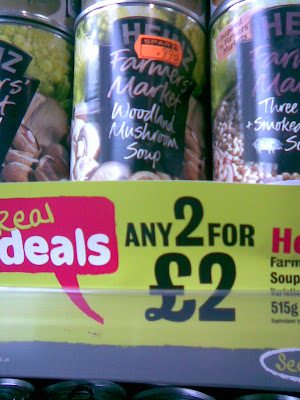