Sorry I have gone blog light but it has been an odd week - busy because I was off work. It wouldn't have been if my asthma hadn't been playing up but that meant I didn't start the job in the study (installing worktop instead of computer 'station' and a bit of board on a keyboard stand) until Wednesday! All is now done but I'm very tired and achy and, as a result, not feeling at my best.

To top it all the car we bought at the beginning of May (to replace the one I wrote off on Easter Saturday) hasn't turned out to be the ideal car we thought it was. It (an Astra 1.4 estate) is the right size, easy to drive, quick enough, low enough on insurance and doesn't use too much fuel but it turns out to have one major problem - the front seats are designed to do permanent damage to my back!!! I know it's my fault for not having an 'S' shaped curve in my back but the ridiculous amount of lumber support pushes the bottom of my back where it doesn't bend and the the top of the seat pushes my shoulders where they don't want to go - result pain my my left leg and round my chest (triggering asthma.) So far we haven't found a solution to this problem (have tried a Vauxhall main agent, a car upholsterer and a back support that was in the same comfort zone as a plank) so I'm not sure what to do as even short drives are now setting off back problems. I don't won't to change car again as a) this will cost money and b) in every other respect it is the car I need.

What I am getting around to saying is does anyone else get annoyed at people who say how being ill helps them spiritually and that it is such a great spiritual opportunity? I know that there have been things that I have learnt through being ill that I wouldn't have otherwise but when I'm actually being ill it doesn't help at all. When my body is ill my mind and my spiritual life suffer as well and it can be a very dark place. Knowing that it is caused by illness doesn't help as I feel guilty that my spiritual life goes into hibernation and that, in itself, makes me feel down. Am I alone in this? Does this happen to anyone else?
Posted by Still Breathing at 22:50 No comments:

Music to Go By

An Anglican priest has, unwittingly, hit the newspapers for a blog about the secularisation (is that a word?) of funerals and how this is another area of life where the church is being marginalised. Unfortunately he mentioned Tina Turner in one sentence and this, somehow, caught the presses imagination. His original blog (well worth a read) is here:

and an example of the reaction here:

This has sparked many suggestions of music to go out by in the letters page of the Telegraph with suggestions ranging from Elvis singing Return To Sender to Led Zepplin's Stairway To Heaven (although apparently his wife thought it should be Queen singing Another One Bites The Dust.)

Personally I would like to go to the close of Part 1 of Elgar's Dream of Gerontius where the priest and friends sing:

Great music and a fantastic affirmation of faith. What would your choice be?
Posted by Still Breathing at 11:42 2 comments:

Is The Bible Authoritative?

Is the Bible authoritative; can we use it to guide and direct our lives telling us how to behave?

Earlier in this series I’ve pointed out that I don’t believe that the Bible is The Word of God, I don’t believe it’s literally true or infallible and that there are doubts about whether the Old Testament we use today is identical to the books that Jesus would have called scripture. In light of this you may realise that I have a problem treating the Bible, as it stands, as authoritative.

In the past I have had 2 Timothy 3:16 quoted at me as proof that scripture was authoritative but let’s look at what it actually says:

All Scripture is God-breathed and is useful for teaching, rebuking, correcting and training in righteousness

Notice scripture is described as “useful” and not authoritative but, oddly, I think this is only part of the story. To explain I want to look at another, longer passage, from Luke 24.

Now on that same day two of them were going to a village called Emmaus, about seven miles from Jerusalem, and talking with each other about all these things that had happened. While they were talking and discussing, Jesus himself came near and went with them, but their eyes were kept from recognizing him. And he said to them, ‘What are you discussing with each other while you walk along?’ They stood still, looking sad. Then one of them, whose name was Cleopas, answered him, ‘Are you the only stranger in Jerusalem who does not know the things that have taken place there in these days?’ He asked them, ‘What things?’ They replied, ‘The things about Jesus of Nazareth, who was a prophet mighty in deed and word before God and all the people, and how our chief priests and leaders handed him over to be condemned to death and crucified him. But we had hoped that he was the one to redeem Israel. Yes, and besides all this, it is now the third day since these things took place. Moreover, some women of our group astounded us. They were at the tomb early this morning, and when they did not find his body there, they came back and told us that they had indeed seen a vision of angels who said that he was alive. Some of those who were with us went to the tomb and found it just as the women had said; but they did not see him.’ Then he said to them, ‘Oh, how foolish you are, and how slow of heart to believe all that the prophets have declared! Was it not necessary that the Messiah should suffer these things and then enter into his glory?’ Then beginning with Moses and all the prophets, he interpreted to them the things about himself in all the scriptures.
As they came near the village to which they were going, he walked ahead as if he were going on. But they urged him strongly, saying, ‘Stay with us, because it is almost evening and the day is now nearly over.’ So he went in to stay with them. When he was at the table with them, he took bread, blessed and broke it, and gave it to them. Then their eyes were opened, and they recognized him; and he vanished from their sight. They said to each other, ‘Were not our hearts burning within us while he was talking to us on the road, while he was opening the scriptures to us?’

There are so many things that can be said about this passage but I want to pick out two important verses: “Then beginning with Moses and all the prophets, he interpreted to them the things about himself in all the scriptures.” and “‘Were not our hearts burning within us while he was talking to us on the road, while he was opening the scriptures to us?’” It seems to me that the scriptures came alive when Jesus explained how they pointed to Him and that in that very act the power of the scriptures was released so that Cleopas and his colleague (Mrs Cleopas?) said that their hearts were “burning” while this happened. I believe that something similar should happen to us today if we read the Bible as pointing to Jesus under the influence of the Holy Spirit.

Authoritative? Yes and no. No - in itself the Bible is not authoritative. Yes – by the power of the Holy Spirit the Bible can point us to Jesus who is the ultimate authority. In a way it’s like the bracelets that my children used to wear with WWJD on them; read properly Bible asks us “What Would Jesus Do?”

I believe that God the Holy Spirit can speak to us through the Bible in ways we cannot understand or foretell, surprising us and pointing us to Jesus, God in human form, and guiding us to live our lives like His. It is the book God intended us to have telling the story of His relationship with the Jews leading up to the climatic moment of the crucifixion. In view of this I believe that reading and studying the Bible are an important part of the Christian life.
Posted by Still Breathing at 21:20 4 comments:

Beckenham Hospital was recently re-built and re-named Beckenham Beacon (no - it doesn't make sense, a beacon is obviously where you go when injured or sick) and during this work this sign appeared: 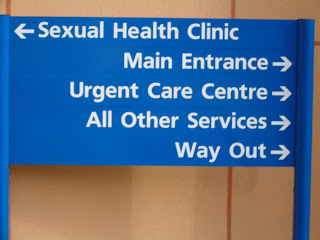 The implication is obvious - those with sexual health issues are unclean and have to use a different door to everyone else. However it gets better - look at the location of the sign: 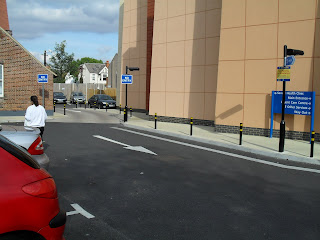 Didn't spot it? Look at this picture: 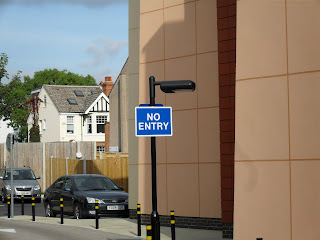 The arrow for the Sexual Health Clinic points straight to a 'No Entry' sign. Need I say more?
Posted by Still Breathing at 08:24 2 comments:

What is it? - The Answer 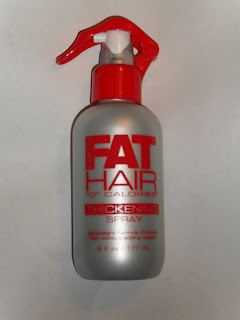